Idiopathic hypersomnia is a debilitating sleep disorder that affects 4% to 6% of the population. In patients with IH, dealing with excessive sleepiness during the day can make it difficult to lead a normal life.

Holding down jobs, remaining in school, maintaining marriages, and fully engaging with their family and friends can become increasingly difficult. While people without sleep disorders may experience sleepiness and difficulty waking, people with Idiopathic hypersomnia often deal with a much more difficult and prolonged sleep-wake transition. 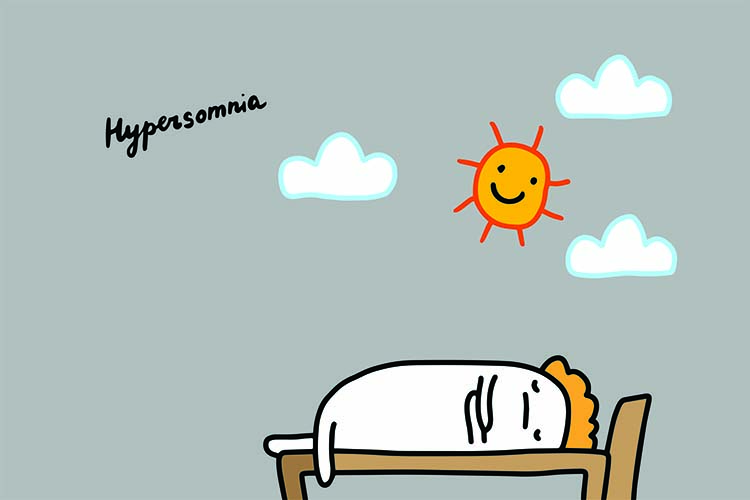 Jazz Pharmaceuticals aimed to help Idiopathic hypersomnia patients manage their symptoms with the orphan drug Xywav. The recent clinical trial resulted in clinically meaningful improvement in Idiopathic hypersomnia symptoms. The results of the trial supported the U.S. FDA approval of Xywav for the treatment of IH.

What is Idiopathic Hypersomnia?

Idiopathic Hypersomnia (IH) is a chronic and debilitating neurologic disorder that makes it difficult to perform normal daily activities, including both work- and social-related activities. Hypersomnia means excessive sleep.

The exact cause of IH is unknown. However, many experts believe IH isn’t a disease, but a combination of symptoms with many causes.

For example, excessive sleepiness may be due to a brain abnormality. Some IH patients have low levels of the brain chemical histamine, which is important for sustaining wakefulness for long periods during the day. Other factors that might cause IH are low-grade unknown infections (starting from a flu-like illness) or brain damage.

Some people with IH often have family members who deal with sleep disorders such as IH, cataplexy, parasomnia, or narcolepsy. Other patients with IH might also have mental health conditions such as anxiety, depression, or psychosis.

Some studies have looked at the possibility that neurotransmitters like dopamine and serotonin may play a role in causing IH. These brain chemicals are important for making you feel more alert and stimulating wakefulness.

In addition, symptoms of IH may worsen if a patient:

Excessive daytime sleepiness is the main symptom of IH. Despite adequate or long sleep times (i.e. 10-11 hours), a person with IH may still have extreme sleepiness during the day and great difficulty waking up.

Other common symptoms of IH include:

Other symptoms of IH include:

Is There a Treatment for Idiopathic Hypersomnia?

Treatments for hypersomnia often focus on treating excessive daytime sleepiness, rather than sleep duration or sleep drunkenness (confusion upon waking up). Often, doctors prescribe the same medications used to help with narcolepsy. These include:

An emerging treatment for hypersomnia, called Xywav by Jazz Pharmaceuticals is an oral solution that contains calcium, magnesium, potassium, and sodium oxybates. The active molecule in Xywav—oxybate—is a central nervous system (CNS) depressant, which slows down activity in the brain.

Xywav is thought to mimic the actions of gamma-aminobutyric acid (GABA), which is a neurotransmitter your body makes naturally to slow down brain activity. The company developed the drug for patients with IH to take at night for treating the daytime symptoms of IH.

Jazz Pharmaceuticals studied the efficacy and safety of Xywav in 115 people aged 19 to 75 with IH. All people in the clinical trial started treatment with Xywav. Then, they randomly divided into separate groups:

Therefore, during the first part of the trial, each participant started with Xywav for 10 to 14 weeks. After taking the treatment for 2 weeks, half of the people in the trial switched to a placebo. The other half of the group continued treatment with Xywav.

This was a double-blind trial, which means neither the investigators who ran the trial nor the people in the trial knew who got Xywav or got the placebo.

16 was the average ESS score when people entered the Xywav trial. However, after adjusting Xywav to the stable dose, the average ESS was 6, which is within the range of normal sleepiness. The information investigators collected during this first part of the trial wasn’t meant to measure how well Xywav worked. Instead, the second part does (after dividing participants into separate groups).

After the second part of the trial, the average ESS score of people who continued Xywav was 7 points less than for people who stopped taking Xywav. This shows significantly less daytime sleepiness.

On the other hand, in people who stopped taking Xywav, daytime sleepiness increased by an average of 7 points. Therefore, they had an average ESS score of 13.

In people who continued taking Xywav, daytime sleepiness increased by an average of just 1 point. This amounts to an average score of 7 points.

The study also measured how well Xywav treated overall symptoms of IH. To measure this, researchers used a screener called the Patient Global Impression of Change (PGIc). This survey asked participants to rate the improvement (or worsening) of their IH symptoms using a 7-point scale that ranged from “very much improved” to “very much worse”.

The results found that almost 9 out of 10 (88%) people who stopped taking Xywav said their overall IH symptoms got worse compared to 21% who continued Xywav.

Almost 8 out of 10 (79%) of people who continued taking Xywav said their overall IH symptoms improved or had no change.

The researchers also measured the severity of IH symptoms with a screener called the Idiopathic Hypersomnia Severity Scale (IHSS). This is a unique screener, as researchers only use it to measure IH symptoms.

The IHSS asks participants to answer 14 questions that relate to the frequency and intensity of IH symptoms. These symptoms include long sleep time, cognitive impairment, and sleep inertia—which refers to a feeling of grogginess, disorientation, drowsiness, and cognitive impairment that immediately follows waking.

Using a scale of 0 to 50, the IHSS measured the frequency and severity of IH symptoms:

During the first part of the trial, after all participants received a stable dose of Xywav, the average IHSS score was 15.

During the second part of the trial, the average IHSS score of people who continued Xywav was 12 points less than for those who stopped taking Xywav. This suggests significantly less severe symptoms.

In people who continued taking Xywav, the IHSS score increased by an average of just 2 points. This amounts to an average score of 17.

The most common adverse events as a result of the treatment in the study included:

Following the positive effects on the clinical trial for Xywav regarding the treatment of IH, the FDA granted the application Fast Track and Priority Review designations. Xywav also received drug designation.