Dentists have long been on the front lines of the war against sleep disorders, but many did not quite know it. Over the last decade, much of that has changed thanks to educational seminars and fruitful working relationships with sleep doctors. “Compared to just five years ago, the level of sleep disorder awareness among dentists has dramatically increased,” says John H. Tucker, DMD, owner of Erie Dental Sleep Therapy, Erie, PA.

As lead presenter for the Henry Schein Sleep Complete Program, the 58-year-old Tucker’s winding path toward treating sleep disorders started more than 30 years ago in an intensely personal way. “My Dad was 6.5″, 290 pounds, and he was my hero,” remembers Tucker. “He was a super bad snorer, and he would quit breathing. I remember all of us waking up saying, ‘breathe, breathe.’ The first day of my senior year of dental school, September 3, 1981, my Dad was taken out of my life the day after his 57th birthday.”

In three generations of Tucker males, John is the first to make it past the age of 57. While he mourned his father’s death, the first Continuous Postive Airway Pressure (CPAP) machines appeared right around 1981. Back then, laments Tucker, “We didn’t really know about Obstructive Sleep Apnea (OSA), and we now know that untreated it can have an impact on life expectancy.”

Like most of his colleagues at the time, Tucker began a successful career in traditional restorative dentistry, thriving in that arena for decades. A decade ago, he turned his attention in earnest to the world of sleep medicine. “I used to think the golden era in dentistry was the era my dad lived in,” muses Tucker. “I think that’s wrong. I think we are coming into the golden era, because we are now able to positively impact someone’s quality of life, as well as life expectancy.”

In 2014, Tucker believes that “most” dentists are aware of sleep disordered breathing, and they know that the profession can play an intimate role in treating CPAP-intolerant patients with oral appliance therapy. The people who show up at the Henry Schein programs led by Dr Tucker are firmly in that group, and they are obviously interested in exploring the sleep therapy options.

Tucker reports that virtually all of the attendees increasingly see oral appliances as a need in the modern day practice. Misconceptions exist, however, and most of these can be traced to reimbursement. Breaking through those misconceptions starts with convincing dentists to eschew the fee-for-service model.

“The hardest part from a business perspective is convincing dentists to embrace the medical insurance model, says Tucker,” a Diplomate in the International Congress of Oral Implantologists and owner of Tucker Dental Excellence. “It’s not difficult, it’s just different. I think that’s one of the huge stumbling blocks. It’s not scary. My best friend is an ER physician, and his line is, “Tucker, it is so easy to do medical coding even a physician can do it.”

Fortunately, dentists can only bill for one specific disease, and once dentists learn how to successfully navigate through the medical insurance arena, the rest is easy by comparison.

Tucker’s passion is now on display as lead presenter at Henry Schein, a Fortune 500 company that serves as the world’s largest distributor of dental, medical, and veterinary products to the office based practitioner. Tucker’s role as a presenter started two years ago, but the relationship with Schein has been going for more than a quarter century.

“When I got into sleep about 10 years ago, I said, ‘Guys you need to jump on this bandwagon and get involved,’ and they finally did in a big way,” says Tucker with a chuckle. “Here you have the world leader in the medical and dental fields. Now you can blend the two together, and it’s the first time that you’ve ever seen dentistry and medicine joined together to have a positive impact on someone’s life.”

Since Schein already exists in the medical world, they have a product available for Physicians that does medical billing. The Practice Management (PM) and Electronic Medical Records (EMR) modules are already well established.

In Tucker’s own practice, Schein’s expertise proved to be a perfect fit. “They have both sides of the equation—the medical and the dental,” he says. “The product that’s been used in the medical arena for years can now be brought into the dental world for medical billing and management of the patient with legitimate medical software.”

Once dentists are relatively comfortable with the billing end, Tucker concedes that there are still obstacles to overcome on the clinical side. A persistent misconception among dentists is the belief that oral appliances cause TMJ. Nonsense, says Tucker. “If you look at the research done by Kathleen Ferguson, it goes over all those side effects,” he says. “It states that TMJ issues are rare and infrequent. I think in the early days of oral appliance therapy, with some of the very archaic appliances, it was more prevalent. I actually see people who have TMJ doing better with oral appliance therapy.”

Over the counter “boil-and-bites” are a different story. These infomercial regulars can cause joint issues, and Tucker takes pains to make that distinction. On the vastly preferred custom side, there are about 120 FDA-cleared appliances, and that means there are choices to be made.

In Tucker’s many presentations in the United States and around the world, he hears the question often: Which appliance should I use? “My response is that I am oral appliance agnostic, meaning I have a certain stable of appliances in my practice that I personally like, so I’m not stuck on one appliance,” says Tucker, who is also a Diplomate in the American Board of Dental Sleep Medicine.

Instead of talking about all 120-plus devices, Tucker narrows it down to about half a dozen that he believes are well suited to treat a multitude of CPAP-intolerant patients. “The other issue is how to adjust the appliances,” he explains. “The previous term was called titration, that’s now been replaced with calibration. I have a big slide that says oral app therapy—it’s totally up to you. The best appliance is whatever is going to work for that patient.”

Tucker points out that oral appliances are essentially like mouse traps that pretty much all do the same thing—and that is holding the mandible in an anterior protrusive position at a specified spot to open the airway. From there it comes down to understanding the why, the how, and spreading the message in a constructive way to patients.

For dentists looking for an integrated solution, Schein has a turn-key approach to quickly get up and running. The software side ensures proper documentation for insurance companies, and good communication with referring physicians
and sleep labs.

In countless conversations with dentists around the country, Tucker has a unique perspective on the dreaded turf wars that can crop up from time to time. The bad news is that there are still people in the sleepcommunity who firmly believe that CPAP should be the only treatment for OSA. Tucker has heard the statement, and he responds with a simple question: What do you do for your CPAP-intolerant patients?

The question usually stumps them because not treating such a serious condition is not an acceptable answer. Fortunately, barriers are being broken down, thanks partly to groups such as the American Academy of Dental Sleep Medicine (AADSM), the sister group to the American Academy of Sleep Medicine (AASM). “Those two groups are working
together intimately,” he says, “to break down those barriers and ensure that the medical community embraces oral appliance therapy more readily.”

These days, the medical profession has essentially given dentists its blessing with the statement: “Oral appliances (OAs) are indicated for use in patients with mild to moderate OSA, who prefer them to continuous positive airway pressure (CPAP) therapy, or who do not respond to, are not appropriate candidates for, or who fail treatment attempts with CPAP”[1].

“When someone says to me that oral appliance therapy does not work, I politely hand them the supporting literature and encourage them to be open to our treatment approach” says Tucker. “And I always say to physicians, “I want to treat your CPAP intolerant patients”. That is the big hook for physicians.”

Treating the medical community with respect and dignity is essential, as is keeping the lines of communication open. Tucker remarks: “There are unfortunately still primary care people who don’t understand this disease and don’t understand there are oral appliances for their CPAP-intolerant patients, so we as an industry must continue to educate the medical community as to what’s available. We must let them know we are providing this therapy with the same level of care they provide to their patients, and we are not selling snake oil.”

Ultimately, Tucker contends that there is no need for petty turf wars. Instead, clinicians can do what they were meant to do; find the best treatment for patients. “If you look at the literature, 29% to 83% of the individuals diagnosed with Obstructive Sleep Apnea are CPAP-intolerant,” he enthuses. “It’s a huge market, and it’s an opportunity for our profession to be involved in life-changing and lifesaving events for our patients. It’s a rewarding part of my practice in all aspects, and it’s another piece of the puzzle that increases the depth of our treatment procedures.” 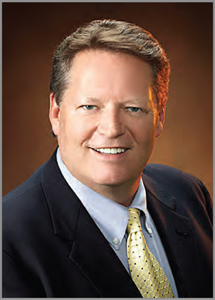 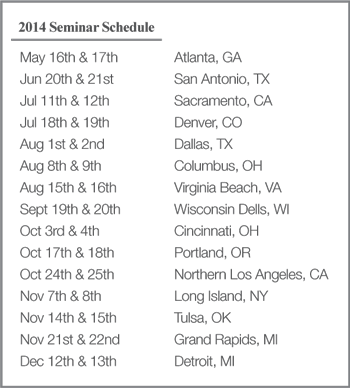