More than a year after the release of Intermezzo® from Purdue Pharma, the zolpidem-based drug still occupies a middle ground of sorts. As the first and only prescription sleep drug approved for treatment of patients with middle-of-the-night (MOTN) insomnia, sleep specialists are seeing the value of that middle ground.

These specialists, many of whom gathered at the 2013 meeting of the Associated Professional Sleep Societies LLC (SLEEP), are starting to realize that Intermezzo is a useful addition to the more well-known traditional insomnia medications. Margaret Moline, PhD, has analyzed Intermezzo data extensively, and her findings are a big reason why the drug continues to gain traction.

A year ago, Moline co-authored a poster about the drug’s effectiveness in an outpatient setting, which she says is based on a sublingual formulation of zolpidem. Built on the premise that patients who get to sleep don’t necessarily stay asleep, Intermezzo has resonated with primary care physicians and sleep physicians looking for new solutions. Any clinician with a DEA license can prescribe the drug, but Moline agrees that board certified sleep physicians may be the ones who usually make it their business to take a closer look.

Moline, who serves as Director of Clinical Research in Medical Research at Purdue Pharma, Stamford, CT, explains that Intermezzo is not supposed to be used if another medication is being taken at bedtime. The “as needed” nature of the drug is also an attraction for consumers. Moline also notes that Intermezzo should be used when the patient has at least four hours of bedtime remaining before the planned time of waking.

“A lot of people don’t like taking something every night,” she says. “They want something they can take as needed. And for those who do wake up with more than 4 hours of bedtime left, there are sex-specific dosage requirements.”

“The question we were asking was ‘What determines the quality of a night’s sleep?’” she explains. “For some people, it might be how many times they wake up, or if they fall asleep quickly.”

Moline acknowledges that the definition of sleep quality seems like it should be a well decided question, but there has not been a lot of research on the topic. As it turns out, there have been only three studies.” What they found when looking across the night is that how patients rate their sleep quality, had to do with sleep efficiency and total sleep time,” she says. “Sleep efficiency is defined as the amount of time sleeping, divided by the amount of time that you are in bed.Somebody who is in bed for 8 hours and sleeps 7 hours is 7 divided by 8, so about 83%.”

The advantage of this new analysis is that participating patients were people who had middle-of-the-night awakenings which allowed researchers to ask the sleep quality question based on the second half of the night. “We know that people rated themselves as more awake and alert, and their sleep quality was better in the mornings following dosing nights comparing drug
treatment to placebo,” says Moline.

Specifically, the outpatient study was a 4-week randomized double-blind placebo study with parallel active and control (placebo) groups. It enrolled 294 male and female patients between the ages of 18 and 65 who had chief complaints of insomnia, and were diagnosed according to primary insomnia criteria. These people had histories of middle-of-the-night awakenings that were confirmed in a two-week single-blind period.

The results were consistent with previous studies based on sleep efficiency across the night and on no medication. In the safety analyses, Intermezzo was well tolerated.

Moline addressed the “why” of dosage in a more detailed fashion in a separate poster (Gender Effects of 1.75 mg and 3.5 mg Zolpidem Tartrate Sublingual Tablets Formulated with a Carbonate-Bicarbonate Buffer on Sleep Onset Following Middle-of-the-Night Awakening and on Next-Day Residual Effects) which examined sex-specific doses 1.75 mg for women and 3.5mg for men. Moline explains that in November 2011, when the FDA approved the drug, they stipulated sex-specific dosing, but few clinicians understood the reasoning behind the government’s decision. “Women metabolize zolpidem differently than men,” she says. “Women clear the zolpidem from their bodies more slowly. That means, for a given dose, women would have higher plasma concentrations.”

“When you are evaluating drugs for approval, it’s important to take into consideration the entire package of efficacy and safety,” explains Moline, in reference to the 2012 poster. “There were two pivotal trials, and this trial that we reported on for the poster tested two different doses — 1.75 mg and 3.5 mg.”

Moline’s analyses specifically investigated the 1.75mg and 3.5mg zolpidem tartrate sublingual tablets (Intermezzo®), formulated with a carbonate-bicarbonate buffer. Post-hoc analysis was performed to examine response by sex in this double-blind, placebo-controlled 3-way cross-over study in patients with a diagnosis of primary insomnia as defined by the DSM-IV-TR and a history of prolonged middle-of-the-night (MOTN) awakenings. Patients had a history of MOTN awakening with difficulty returning to sleep and had to demonstrate polysomnographic (PSG) average (mean) latency to awakenings on screening nights.

Treatments consisted of 2 nights of dosing followed by a 5- to 12-day washout. Fifty-eight female and 24 male patients were randomized. Patients were awakened and dosed with 3.5 mg, 1.75 mg or placebo 4 hours after lights out, kept awake for 30 minutes, then returned to bed for 4 hours. Time to return to sleep was assessed by PSG and post-sleep questionnaires. Daytime residual effects were measured by objective/subjective measures.

In both sexes, compared to placebo, both the 3.5 mg and 1.75 mg doses of Intermezzo significantly decreased sleep latency based on PSG and post-sleep questionnaires. Following the 1.75 mg dose, 60% and 44% of the females and males, respectively, were asleep within 20 minutes. The rates following the 3.5 mg dose were 80% and 63% in females and males, respectively. Placebo response rates were significantly lower: 26% (females) and 33% (males). The 20-minute value is important since this was the inclusion criterion for the study based on the 2-night PSG screening period. Neither dose in either sex showed significant residual effects compared to placebo based on the assessments performed during the study.

PSG and patient-reported measures indicate that Intermezzo doses of 1.75 mg and 3.5 mg significantly shortened time to return to sleep and improved total sleep time in patients with MOTN insomnia, and that the effects of 1.75 mg in females and 3.5 mg in males were comparable. Minimal residual sedative or other adverse effects were observed with Intermezzo versus placebo in this study, and there were no differences between females and males on any parameter.

According to the FDA, zolpidem tartrate, the active ingredient in Intermezzo, was first approved in the United States in 1992 as the drug Ambien. Intermezzo is a lower dose formulation of zolpidem. The recommended and maximum dose of Intermezzo is 1.75 mg for women and 3.5 mg for men, taken once per night. The recommended dose for women is lower because women clear zolpidem from the body at a lower rate than men.

Intermezzo was studied in two clinical trials involving more than 370 patients. In the studies, patients taking the drug had a shorter time to fall back asleep after waking compared to people taking an inactive pill (placebo). The most commonly reported adverse reactions in the clinical trials were headache, nausea, and fatigue. Zolpidem may cause serious side effects, including getting out of bed while not fully awake and doing an activity that you do not know you are doing or do not remember having done. Reported activities while under the influence of sleep medicines include driving a car, making and eating food, having sex, talking on the phone, and sleep walking — without knowing at the time or remembering later. 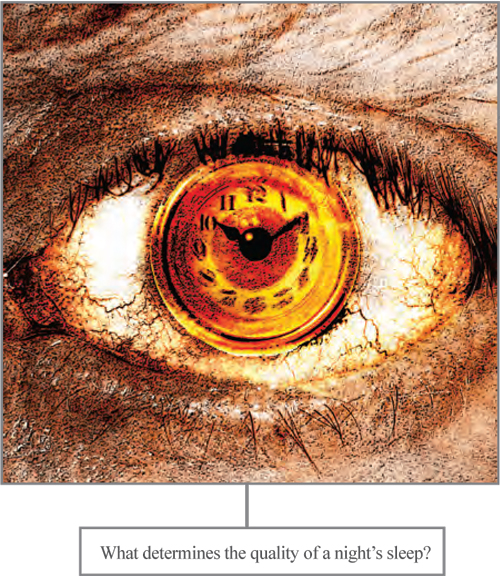