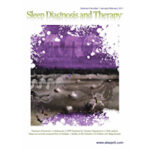 In patients with sleep apnea, perioperative pulmonary complications after orthopaedic and general surgery are significantly more frequent vs matched samples without sleep apnea, according to new research. Stavros Memtsoudis, MD, with the Weill Medical College of Cornell University, in New York, NY, and colleagues reported their findings in the January 2011 issue of Anesthesia … END_OF_DOCUMENT_TOKEN_TO_BE_REPLACED

A businessman has been awarded 10m euro damages - the highest libel award in the history of the Irish state - after an incident in which he sleep-walked naked. Donal Kinsella, 67, from Dunleer, County Louth, took the case against his former employer, Kenmare Resources. The company published a press release insinuating he made inappropriate advances to a colleague in Africa. Mr … END_OF_DOCUMENT_TOKEN_TO_BE_REPLACED 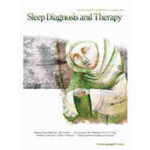