New CPT release along with pricing any day between now and 31 October. • In October 2010, the American Medical Association to announce a new CPT (Current Procedural Terminology) code for at-home testing of obstructive sleep apnea (OSA), which will go into effect January 1, 2011. • Home testing and diagnosing of OSA will now become uniformly reimbursable for all … END_OF_DOCUMENT_TOKEN_TO_BE_REPLACED

--   Studies Reveal A Need To Identify And Implement A Screening Procedure For Obstructive Sleep Apnea Prior To Surgery As Americans get heavier and heavier, the incidence of obstructive sleep apnea increases, and results from two clinical studies presented at ANESTHESIOLOGY 2010 reinforce the need for physicians to screen for the disorder prior to surgery in order to … END_OF_DOCUMENT_TOKEN_TO_BE_REPLACED 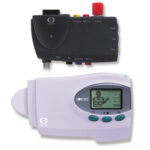 The Somté home sleep testing (HST) device by Compumedics addresses the technological challenges of home studies while its sophisticated ECG capabilities help set the device apart from its peers. When engineers from Australia-based Compumedics developed the Somté, they knew cardiology was likely to play a growing role within sleep medicine. With this in mind, they developed a … END_OF_DOCUMENT_TOKEN_TO_BE_REPLACED 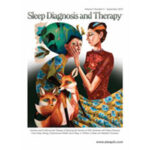