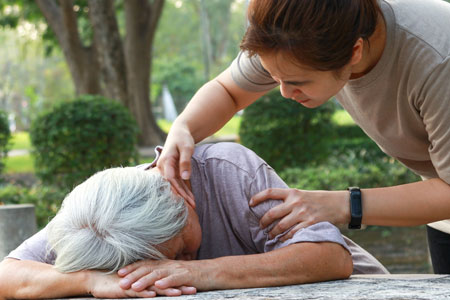 A recent article in Medical News Today explored the connection between OSA and sudden death, citing a study by Penn State College of Medicine in Hershey, which appears in BMJ Open Respiratory Research. The study found that those who receive a diagnosis of obstructive sleep apnea are at a significantly greater risk of dying suddenly than those who do not have the condition.

“Researchers at Penn State performed a systematic review of the literature and identified 22 studies focusing on obstructive sleep apnea, cardiac death, and sudden death,” writes Medical News Today. “The team analyzed the combined data of these studies by meta-analysis. The quantitative analysis included a combined total of over 42,000 individuals across the world. The mean age of participants was 62 years old, and 64% were men.”

The meta-analysis showed that “individuals with obstructive sleep apnea were approximately twice as likely to experience sudden death than those who did not have the sleep condition. The study also identified that obstructive sleep apnea resulted in a nearly twofold risk of cardiovascular death that increased with age.” In an interview with Medical News Today, Dr. Ryan Soose, director of the UPMC Sleep Division, said: “We’ve known for a long time that untreated sleep apnea patients are more likely to develop high blood pressure, heart disease, and a number of other health conditions. But the risk of sudden death reported in this study is eye-opening and makes a timely diagnosis and treatment even more pressing.”