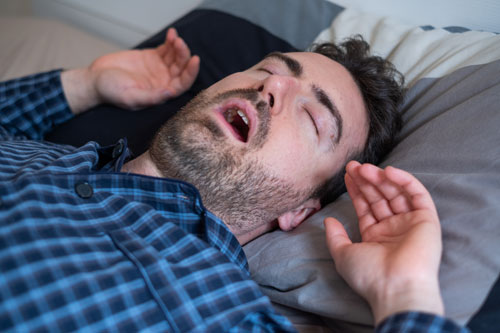 Back in 1937, audiences howled with laughter during Snow White and the Seven Dwarfs as the little cartoon men snored in all manner of hilarious ways. Eight decades later, snoring is no longer a folksy inconvenience, but often the sign of far more serious problem.

The Washington Post recently ran a feature article called Why you snore, when to be concerned and how to stop that starts with an anecdote about a particularly loud college roommate. Reporter Angela Haupt writes: “They bought their friend nasal strips, but those proved uncomfortable, though he agreed to wear them on pre-exam nights, when solid sleep was extra important. They switched their focus to dampening the racket rather than stopping it, and ultimately achieved some solace by soundproofing the snorer’s walls with cheap foam they found on eBay.”

The Washington Post contacted Dallas-based Kent Smith, recent past president of the American Sleep & Breathing Academy (ASBA), who tells the Post that he recently met with a patient who had scheduled an appointment in an effort to save his marriage. The anecdote is a testament to the annoyance of snoring, but the article delves into the many medical problems that could be associated with snoring. “We see severe patients all the time, and they have no clue they have sleep apnea,” Smith says in the article. “They’re only coming in because their bed partner told them to.”

Unlike many articles in the mass media, the Post mentions a “customized mouthpiece or mouthguard.” David Schwartz, current president of the American Academy of Dental Sleep Medicine, points out that: “These appliances pull the jaw and tongue slightly forward, opening the upper airway. You can buy basic versions online, but those tend to have a higher association with tooth movement and jaw pain, and they’re often uncomfortable and/or ill-fitting. It’s something that really should be made custom to your mouth by a dentist.”