Snoring and other Sleep disorders are rampant and the majority are not treated.

For anyone who has worked in the fire service, this is hardly news. One of the most difficult adjustments for new firefighters can be the shift work: the 10/14 split, the 24- or 48-hour workday. As firefighters age, sleep disorders can lead to serious health problems for them.

Even though these issues may seem obvious, it is surprising how little attention has been given to the role of sleep for firefighters.

Some studies have been done over the years. The most recent study was published in the Nov. 13 edition of the Journal of Clinical Sleep Medicine. This research effort screened a nationally representative sample of 7,000 firefighters in 66 fire departments for obstructive sleep disorder, insomnia, restless leg syndrome and shift work disorder. Researchers found that about 37 percent of the firefighters screened positive for at least one sleep disorder. 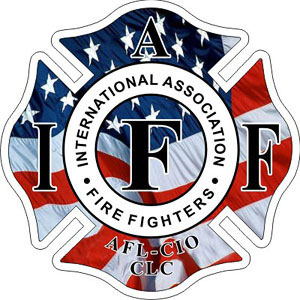 After controlling for sex, race, body mass index, smoking and other factors, the researchers found that compared with sound sleepers, those with a sleep disorder were about twice as likely to have a motor vehicle crash, to nod off while driving, and to have cardiovascular disease or diabetes. They were more than three times as likely to suffer from depression and anxiety.

Additionally, the study revealed that more than 80 percent of firefighters who screened positive for a common sleep disorder were undiagnosed and untreated.
These are significant findings. Heart attack is still the leading cause of firefighter death. Vehicle accidents involving emergency apparatus not only cause damage and bodily injury, but also delay necessary response and weaken public confidence in the agency.

Diabetes is a growing problem in the general population and leads to long-term medical conditions, potential loss of a career, and large medical expenses. And firefighter suicide rates seem to be rising, with behavioral health an emerging priority for many departments.

Yet few fire departments in the past have linked poor sleep to these issues. When I first became a firefighter in 1980, helping members to sleep better was not the first thing on my department’s mind.

We slept in large open dorms with poor ventilation, and the mattresses were often old and saggy, with pillows smelling of cigarette smoke and after shave. But asking for improvements in this area was futile and only led to being told, “We’re not paying you to sleep.”

Over the years things improved — new mattresses, better air circulation. Now many fire department dorms are being split up into separate sleeping cubicles, which depending on the design, may or may not improve the quality of the sleep experience.

What is still mostly not addressed in the fire service is the linkage clearly shown in this recent study between sleep and safety and behavioral health issues. But the U.S. military has made this linkage strongly through decades of research.

The implications for the fire service are clear. If you want people to make good decisions, they have to be adequately rested. If you want them to communicate effectively, they must sleep regularly.

Research shows that soldiers deprived of sleep for 48 hours significantly lost their ability to understand context in communication from others or to include appropriate context in their own. People were unable to adapt to changing circumstances. They made increasingly bad decisions.
All of these conclusions apply equally to firefighters, and can lead to equally bad outcomes. But what can fire service leaders do given the reality of the job and the need for round-the-clock response capability? Here are a few ideas.

The Army is currently developing a wristwatch-style sleep monitor for all soldiers that will monitor sleep/wake cycles and can be directly linked to predicted performance. They expect these devices to be standard issue gear by 2020.

Sleep is a necessary bodily function that cannot be replicated through any other means. Fire service leaders need to let go of the attitude that “we don’t pay you to sleep” and firefighters need to lose the idea that they can function just as well in the 48th hour being awake as they did in the first.

Assuring quality sleep for firefighters is a health and wellness issue whose time is long overdue. Lives depend on it.