Much has been written about the work/family balance, but it may be time for a third element to crash the party—sleep. In some countries and cultures, the three-way balance is easy. In others, it may indeed be impossible. 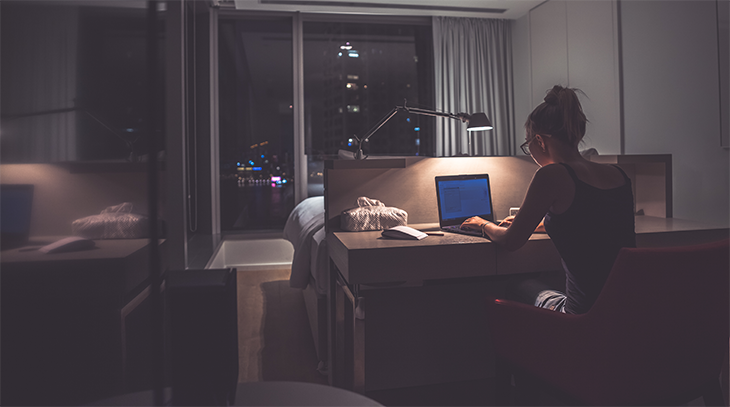 With priorities shifted vastly to the work side, it’s natural to accrue some resentment, and that indeed can be found in various places across the globe. According to an article at BBC.com, that imbalance is perhaps most pronounced in China.

Reporter Lu-Hai Liang illustrates the conundrum by focusing on Emma Rao, who spent almost three years on China’s “notorious 996 schedule” working from nine in the morning to nine in the evening, six days a week. “Rao, who is originally from Nanjing, moved to financial hub Shanghai about five years ago to work for a multinational pharmaceutical company,” writes Liang. “The job quickly took over her life.”

After her shift, which sometimes included overtime, Rao had time to eat, shower and go to bed – but according to Liang, “she sacrificed sleep to eke out some personal time. Often, Rao would stay up surfing the internet, reading the news and watching online videos until well after midnight.”

Rao was doing what the Chinese have called ‘bàofùxìng áoyè’ – or ‘revenge bedtime procrastination’. “The phrase, which could also be translated as ‘retaliatory staying up late’, spread rapidly on Twitter in June after a post by journalist Daphne K Lee,” explains Liang. “She described the phenomenon as when ‘people who don’t have much control over their daytime life refuse to sleep early in order to regain some sense of freedom during late-night hours.’”