As reported by NeurologyLive® and the American Journal of Managed Care (AJMC), the novel Pediatric Narcolepsy Severity Scale (NSS-P) was recently shown to provide adequate psychometric properties and temporal stability in the assessment of more than 150 children and adolescents with narcolepsy type 1. 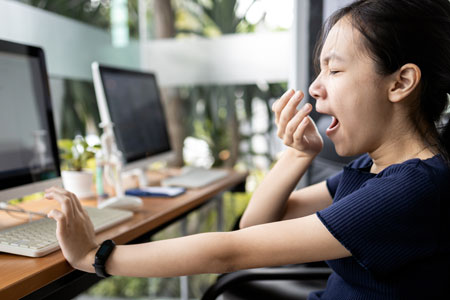 “Spotlighting the potential of a scale tailored toward pediatric populations, NSS-P was reformulated from the original NSS and provided self-reported sleepiness, insomnia, and depressive symptoms of school-aged children and adolescents diagnosed in 3 reference centers for narcolepsy in France,” writes Matthew Gavidia of AJMC. “Notably, the scale may be unreliable in those under the age of 10, as young children may have difficulty in recognizing and quantifying symptoms such as cataplexy. Symptoms associated with NT1, including fatigue, brain fog, and autonomic behaviors, were also noted to not be evaluated by the NSS-P questionnaire.”

Differences in sleep phenotypes characteristic of moderate to severe obstructive sleep apnea (OSA) between white and hispanic/latino patients may warrant the integration of new classification classes in these populations, according to study findings published in Sleep. “As reported by NeurologyLive®, data derived from the Sleep Apnea Global Interdisciplinary Consortium on primarily non-Hispanic White and Asian participants recommended the categorization of OSA into 5 symptom classes,” adds Gavidia. “Conversely, analysis of the Hispanic Community Health Study/Study of Latinos on Hispanic/Latino patients identified 3 phenotypes for categorization, including minimally symptomatic (47.7%), excessive sleepiness (37.1%), and disturbed sleep (15.2%).”