A Choice Based on Good Science and Good Health
Truck drivers who are suspected of suffering from obstructive sleep apnea should receive a proper diagnosis from a qualified sleep medicine specialist and choices that include science-based, conservative treatment options, including oral appliances, thus allowing drivers to receive life-saving care without losing their livelihoods to comply with outdated testing requirements. The American Sleep and Breathing Academy (ASBA) urges lawmakers and policymakers make compliance less restrictive by including oral appliances as a first choice for drivers. 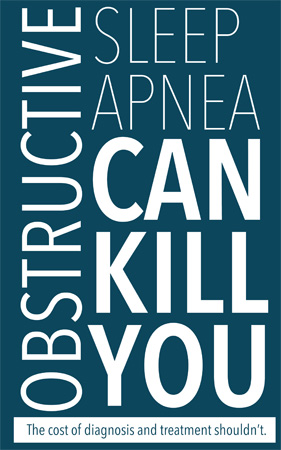 For many years, the American Sleep and Breathing Academy (ASBA) has promoted the benefits of home sleep testing and the use of oral appliances to treat mild to moderate obstructive sleep apnea. These devices are custom fit to the patient and can contain micro-recorder compliance chips to ensure that the users are wearing their sleep devices as prescribed.
A 2013 announcement of a proposed federal rule-making process stated that commercial truck drivers diagnosed with obstructive sleep apnea would be treated with either continuous breathing machines (CPAP) or surgery. In response, members of the American Sleep and Breathing Academy held a briefing for the Secretary of the Department of Transportation and members of the Cabinet on the advantages and cost savings of oral appliance therapy. In 2016, many ASBA members responded in support of oral appliance therapy to the formal Advanced Notice of Proposed Rulemaking. Their hundreds of pages of comments were based upon scientific research that shows that oral appliance therapy is effective and more likely to achieve a higher compliance rate than CPAP therapy. The Federal Motor Carrier Safety Administration and the Federal Railroad Administration asked for the proposed rule. Based upon the draft rule, in 2016, the FMCSA developed non-binding guidelines for truck drivers and certified medical examiners who conduct physicals and make determinations about a driver’s fitness.

Confusion and Non-Compliance
The FMCSA guidelines create confusion and contradict clinical guidelines recommended by the ASBA and in use by other transportation workers, including airline pilots. According to the FMCSA guidelines, a single indicator, such as neck size, age or body mass index (BMI) could trigger a sleep study. However, clinical guidelines published in the Journal of Clinical Sleep Medicine, there are 14 criteria, including a smaller body mass index than the FMCSA stated.

The FMCSA guidelines are too restrictive, requiring diagnosis at a sleep laboratory. Current technology offers the option for patients to undergo a sleep study in their own home or normal sleep environment. The patient wears an oral appliance that contains a computer chip which records and sends the results via email to the sleep specialist. There is no lost time from work or time to travel to an external sleep laboratory. Under the FMCSA guidelines, patients diagnosed with obstructive sleep apnea are required to wear the CPAP prior to attempting any other therapies. Further, the FMCSA requires the device be worn for only four hours of the patient’s daily sleeping time for 70 percent of their sleeping periods. The ASBA advocates using the CPAP for the full sleep cycle each day. Over time, the oral appliance achieves greater compliance than the CPAP. Many studies show that patients are willing to use the oral appliance more regularly and for longer periods of time. According to a study published in the Journal of Sleep Medicine, 50 percent of the patients were still using CPAP after six months. The percentage dropped to 17 percent after five years. However, 60 percent of the patients treated with oral appliance therapy were using them after five years.

Cost & Long-Term Benefits
The in-home sleep study is less expensive and requires no time off work for travel to a sleep lab. For treatment, the oral appliance is portable, quiet and can be worn while moving. There is no expense for ongoing supplies. In addition, the oral appliance is portable, quiet, easy to wear and to care for.
When used as prescribed, several studies indicate that both CPAP and oral appliances helped to lower blood pressure, improved cardio-vascular function and reduced daytime sleepiness and reduce obstructive sleep apnea symptoms.

Take Action
We ask that the FMCSA guidelines be standardized in the fi nal rule so that there is medical consistence and science-based criteria for the diagnosis and treatment of obstructive sleep apnea.