Clinicians looking to capitalize on the growing sleep field don’t want to wait when it comes to expansion. Fortunately, there are manufacturers that can help.

California’s Central Valley is world famous for its agricultural production, but Jonathan Davidson, MD, believes the area is also fertile ground for sleep medicine. The owner of Advanced Sleep Disorder Centers has so much faith in the burgeoning sleep market that he intends to double his number of sleep labs in 2011—going from three to six.

The fourth lab opened in January 2011 in Merced, California, a county of more than 200,000 people. His fifth and sixth labs will also be located in Merced (labs are located about 30 to 40 miles apart.) 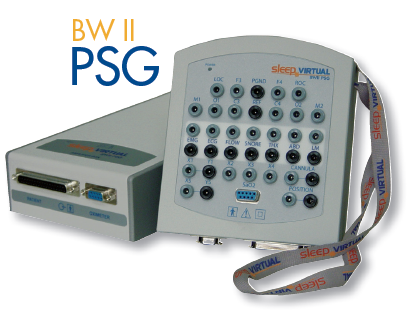 oosting locations by 100% in one year is powerful evidence that statistical projections for sleep are beginning to match objective reality. Experts predict that a whopping 90% of sleep apnea sufferers are still undiagnosed. Even if the number turned out to be half that, it would still add up to massive demand.

Florida-based Sleepvirtual USA Inc is helping savvy clinicians get up and running quickly to serve expansion growth in the sleep industry. Despite a terrain filled with large competitors, Sleepvirtual continues to grow as a strong challenger in the realm of PSG diagnostic equipment that allows users to record and score unlimited sleep studies.

The BWII PSG sleep system consists of two hardware pieces and a software program that can be used with PC computers running Windows XP, Vista, or W7. The software provides trace and scoring capabilities that are relied upon by users such as Davidson, who says the unit’s portability (under 10 pounds) and accompanying software features and functionalities make it a potent combination.

Customers appreciate the BWII’s price and value, but technical support and financing are the clinchers. Customers are financed internally, and do not need third party financing to purchase equipment. There are various options for the equip- ment: rent, lease to own or purchase choices, which allows price-conscious purchasers such as Davidson to equip their sleep labs without massive cash outlays.

Ultimately, Sleepvirtual’s sales have mirrored the growth of the industry with 2010 sales 60% higher when compared to 2009. “We expect to double our sales in 2011,” predicts Felipe Lerida, CPSGT, customer service manager for Sleepvirtual, Doral, Fla. “I believe our recent growth was due to greater brand recognition, direct referrals from happy clients, and repeat customer purchases. As word spreads, members of the sleep community have no choice but to notice.”

TIME IS OF THE ESSENCE

Seeking to become board certified in sleep medicine? Davidson warns that 2011 marks the last year that physicians can take the board exams without first completing a fellowship. The state boards exams are in November 2011, but there is still time to study.

For board certified physicians who wish to expand or open a new lab, Sleepvirtual’s equipment can be leased (prices vary) to avoid large capital outlay. “As far as training employees,” says Davidson. “The American Association of Sleep Medicine [AASM] has a 14-step training module that works well.”

As a sleep lab owner for the past decade, Davidson particularly likes that Sleepvirtual offers free lifetime technical support every day for as long as he owns the equipment. A live person is always available to answer the phone when he needs them, which is not always the case with larger manufacturers. “We have had problems with reps at major companies,” says Davidson, who opened his first three California sleep labs in Stockton, Sacramento, and Modesto. “At other manufacturers, reps get fired and they can’t replace them. Sleepvirtual is a privately owned company that is more interested in giving you personal service. Acquisition of data is easy, validation is easy, and the way the hardware is designed makes it simple to work with. The electrode headbox is light, and it’s a fraction of the size of its competitors.”

A colleague referred Davidson to Sleepvirtual, who eventually contacted the company to try a 1-month trial product. He liked what he saw and eventually ordered two BWII PSG sleep systems for his Stockton lab, replaced four machines in Modesto, and by the time he outfitted his Sacramento facility he had a dozen Sleepvirtual sleep systems (all of which are subject to free upgrades.)

Lerida knows that many qualified physicians suffer from sticker shock when it comes to start-up expenses. In many ways, the old axiom is true, “you have to spend money to make money.” However, he says that hardware expenses do not have to be so burdensome.

“Physicians must be aware of initial upfront costs and look for solutions to minimize operating and staffing expenses,” says Lerida. “Physicians and lab owners should start off by looking for affordable and reliable equipment. We provide a fully AASM-compliant Type 1 PSG diagnostic system at the most competitive price in the market. We allow customers the option of in-house financing to alleviate additional finance charges that may be incurred by other companies, along with 24/7 free tech support both via telephone and remote internet.”

Too often, physicians assume all services are the same, but Lerida points out that companies vary in regards to length of extended warranty and technical services offered. “Sleepvirtual offers the most cost efficient extended warranty package, unlimited reading and scoring software licenses, and a 24-hour backup guarantee in case of any hardware issues for the life of the equipment,” says Lerida. “When it comes to financing, the Sleepvirtual’s philosophy is one specifically built for cash-strapped labs. Bank financing often takes months to get approved, but at Sleepvirtual internal financing is quicker and just as effective. So far, no customers have been turned down.”

THE BWII PSG FEATURES AT A GLANCE