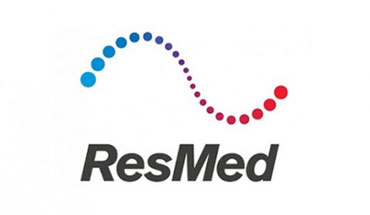 SAN DIEGO – May 21, 2018 – A new data analysis presented by ResMed (NYSE: RMD, ASX: RMD) this week at the ATS 2018 International Conference indicates that the prevalence of sleep apnea impacts more than 936 million people worldwide – nearly 10 times greater than previous estimates.    The study “Global Prevalence of Obstructive Sleep Apnea (OSA)” was conducted by an international panel of leading researchers seeking to provide a clear scope of the impact of the chronic sleep-disordered breathing condition. The previous estimation of OSA prevalence (100 million) came from a 2007 World Health Organization study that used methods and data available at the time. By analyzing technology improvements in detecting OSA and underreported statistics from other areas of the world, this latest study depicts an impacted population significantly larger than previously identified.

Researchers analyzed prevalence studies from 16 countries, together with data from the World Health Organization and United Nations World Population Prospects

“The research and findings are a revelation in sleep apnea research and represent a vastly underreported major public health issue,” said Adam Benjafield, ResMed vice president of Medical Affairs and lead study researcher. “This new study demonstrates a need for expanded awareness around the diagnosis and treatment of OSA worldwide.”

Sleep apnea is a chronic disease that causes people to stop breathing while they sleep. To avoid suffocation, the body is jolted by the brain to take a breath, typically without the person ever being aware. This cycle can repeat as many as hundreds of times a night, disrupting normal sleep patterns. Life-threatening conditions associated with OSA range from chronic daytime fatigue to heart disease, stroke, type 2 diabetes, depression, and more. Previous studies have suggested that undiagnosed sleep apnea costs nearly $150 billion in the United States alone as a result of related lost productivity, motor vehicle accidents and workplace accidents – an economic impact that’s likely much greater, given a higher prevalence total.

“This study should encourage physicians to talk with their patients about how sleep affects our overall health,” said ResMed Chief Medical Officer Carlos M. Nunez, M.D. “It should also cause more people to ask themselves, ‘Do I or my bed partner have this?’ Those who have sleep apnea don’t often realize they have it and, therefore, don’t realize they can do something to mitigate the resulting chronic fatigue or its more harmful long-term health risks. And sleep apnea isn’t just a disease for older, overweight men, as once thought. It affects people of all ages, all ethnic and racial groups, all states of health, and is not gender specific. In fact, nearly half of newly diagnosed patients are female.”

In 2007, The World Health Organization (WHO) estimated more than 100 million people are affected by OSA, although they acknowledged that this figure was not based on robust data.

The aim of this new study, “Global Prevalence of Obstructive Sleep Apnea in Adults: Estimation Using Currently Available Data” is to estimate the global adult prevalence of OSA. Researchers identified 16 countries with published prevalence papers based on objective sleep studies and applied findings to areas previously under-quantified. After data review, estimates were extrapolated based on the global adult population aged 30–69 years. Prevalence statistics were applied to population numbers in each country based on the corresponding gender and body mass index (a key risk factor for OSA). OSA prevalence was estimated based on severity of the disease as measured by the apnea–hypopnea index.

Convened by ResMed, the experts included representatives from North and South America, Europe, and AsiaPacific.