The old diagnostic cliché about “listening for zebras” is well suited to the realm of narcolepsy. Primary care physicians (PCPs) hear the figurative hoof beats of “sleepiness” and naturally gravitate to a host of possible causes before considering narcolepsy.

“PCP docs are thinking chronic fatigue syndrome, auto-immune disorders, sleep apnea, and more,” says Jed Black, MD, a consulting associate professor at Stanford University Medical Center, Stanford Center for Sleep Sciences and Medicine, Palo Alto, Calif. “The list of things that cause fatigue and sleepiness is long, and that is what makes diagnosis difficult.”Factor in the sheer number of patients who complain of sleepiness and it’s no wonder that the far less common ailment of narcolepsy is rarely diagnosed. “If someone has two conditions simultaneously, such as sleep apnea and narcolepsy, then it is really easy to just pick up on the sleep apnea and miss the narcolepsy altogether,” explains Black. “That even happens at highly sophisticated narcolepsy centers such as what we have at Stanford.”

A poster presentation at SLEEP 2013, the annual meeting of the Associated Professional Sleep Societies LLC in Baltimore, entitled High Rates of Medical Comorbidity in Narcolepsy: Findings from the Burden of Narcolepsy Disease (BOND) Study of 9,312 Patients in the United States”, showed that the consequences of missed diagnoses can be high. Black and six co-authors determined that narcolepsy patients had significantly higher frequencies of respiratory, musculoskeletal, endocrine, and circulatory conditions across a 5-year period when compared with control subjects.

As part of the Burden of Narcolepsy Disease (BOND) study, the poster helped to demonstrate that people with narcolepsy face significant health and economic burdens. In addition to the comorbidities, sufferers generated more than twice the mean annual medical costs compared with the general population.

No Small Task
Far beyond the simple data collected at clinics, Black and his colleagues gained access to a huge database that admittedly took a long time to sift. For Black, who also serves as vice president of Sleep Medicine at Jazz Pharmaceuticals, the task involved multiple validations of the data. Ultimately, he believes the conclusions were “relatively representative of the insured population.”

Black reports a “lot of interest” thus far in the research, a reaction that amounts to pent up demand for a frequently misunderstood condition. With additional hard numbers to back up the serious effects of narcolepsy, Black expects the poster to spark follow-up research by academics and commercial interests.

Many who observed the poster’s conclusions did not expect the economic consequences, and Black puts himself in this group. “I was incredibly surprised,” says Black. “We know that there is an increased risk for certain comorbid conditions. We know they have to be getting medication and seeing their docs occasionally, but what really surprised me were the inpatient hospital costs and the ER department costs. Every aspect of health care utilization increased.”

The sheer breadth of comorbidities also took researchers by surprise, with Black reporting that he and his colleagues expected to see things such as sleep apnea and depression—even anxiety disorders—but narcolepsy touched even more than that. “Across almost all of the major diagnostic categories there are significant increases in comorbidity, and that I did not expect,” he says. “That lead me to think, ‘Ok something is systematically wrong with the data here,’ and so we went through and did a number of internal evaluations just to convince ourselves that there was not some systematic bias within the data set.
However, the information is solid.”

“Infinite” Follow-Up Possibilities
Despite the sizable work completed by the BOND studies, the University-of-Utah-educated Black confirms that there is still an “infinite” amount of work to be done to better understand narcolepsy. “I think the next step for us is to do a regression analysis to find certain associations within the database,” adds Black, who completed his internship at Yale and his Fellowship at Stanford. “We also want to do a full characterization of the comorbidities.”

The loss of hypocretin is the known cause of narcolepsy and/or cataplexy, but still more can be known. “It’s particularly the loss of hypocretin cells in the brain,” says Black. “Are there some other variety of secondary effects there that lead to health consequences? There are many ways to look at it, and it’s almost overwhelming to think about the process required to start something up and gain these answers.”

The prospect is daunting, but Black believes additional basic research is necessary to counter what he calls the “very low knowledge” level among PCPs and non-sleep specialists when it comes to narcolepsy.

“It’s fair to say the overwhelming majority of primary care docs know that narcolepsy is a condition of sleepiness, and that’s all they know about it,” says Black. “They know it’s pathological sleepiness that can be severe, but if someone comes in who is sleepy, they don’t know how to differentiate it from anything else. They have no capacity to make the narcolepsy diagnosis, and therefore it goes unrecognized. We need to change this, and we can through additional education and research.” 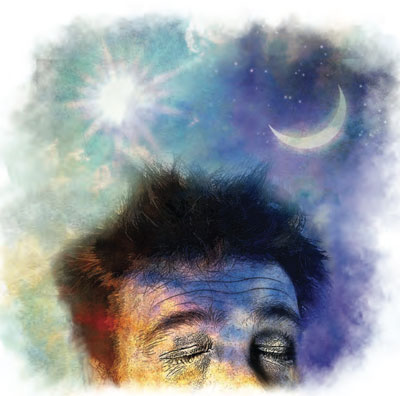 Narcolepsy As Defined by The Burden of Narcolepsy Disease (BOND) StudyNarcolepsy is a serious, chronic disorder of the central nervous system characterized by symptoms of excessive daytime sleepiness (EDS), muscle weakness (cataplexy), disrupted nighttime sleep, hypnagogic hallucinations and sleep paralysis. People with narcolepsy experience abrupt shifts between wakeful and REM-like states that are thought to be caused by a loss or impairment of hypocretin-producing neurons in the hypothalamus. The disorder affects approximately one in 2,000 Americans, yet approximately 50 percent of patients remain undiagnosed. Symptoms of narcolepsy often start between the ages of 15 and 25.