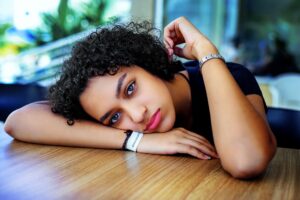 As California goes, so does the nation!

School districts were given several years to make adjustments to their systems. Implementation of the later school starts begin with the 2022-2023 school year.

California Bill 328 is a victory for advocates of later school start times. It was the third attempt at such legislation and proponents have been pressing for years for the change. The Start School Later organization has been instrumental in keeping the issue in front of legislators.

Later school start times are supported by both the American Academy of Pediatrics. The primary argument is that adolescents are not getting enough sleep.

Supporters of the new California law are looking to later school times to help close the gap between the sleep students get and the sleep they need. They have already had successes in individual school districts moving back their start time. Now they look forward to seeing the program take hold state-wide. 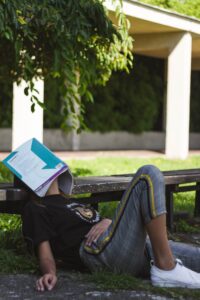 Teenagers may not require quite as many total hours of sleep as younger children. However, biological and societal factors interfere with their ability to get the 8-10 hours they need.

Middle and high school students also experience increased demands on their time. Extracurricular activities that reach into the evening and more homework can both eat into sleep time. Part-time jobs become a factor as teenagers spend after school and evening hours at work.

Teenagers are unlikely to have parentally set bedtimes. They are also likely to use electronics in the evening and at night. The use of electronics before bedtime can interfere with sleep.

Together, all of these factors can keep teenagers up later than is healthy if their day begins too early.

Everyone is told that it is important for physical and psychological well-being to get adequate sleep. Sleep-deprived teenagers face a unique set of sleep challenges. School is unlike other settings and sleep deprivation can interfere with their ability to cope with its significant stressors.

Early school start times are seen as contributing to inadequate sleep in the middle and high school student populations. There are concerns that the negative effects of early starts and less sleep may be wide-ranging and serious.

Basic concerns start with sleepiness in class and general daytime sleepiness. Students who fall asleep in class are unlikely to perform well on assessments. Even if students are awake, drowsiness leads to trouble paying attention.

Inattentive, sleepy students may show lags in learning development. Negative effects on cognitive learning skills from sleep deprivation can continue to affect students throughout their lives.

In addition to decreased academic performance, sleep-deprived teenagers may exhibit more irritability. Irritability makes it difficult to navigate the complex interactions of an average school day. These students may be more likely to fight or have other disciplinary issues.

Serious concerns include car accidents, increased risk-taking behavior, and a greater risk of depression and suicidal ideation. A lack of adequate sleep may also lead to an increased risk of injury during athletics.

Students who do not get adequate sleep may also exhibit more unhealthy behaviors. Alcohol, tobacco, and drug use are all concerns for this population.

Proponents argue that later school start times will result in more sleep for middle and high school students. They point to advantages such as decreased tardiness, better attendance, and better grades.

They may also keep teenagers physically safer. One study showed a drop in the rate of motor vehicle accidents among students when a one-hour delay was added to the start of the school day.

More studies are necessary to examine the positive outcomes of later school times. California will be fertile ground for research into these delayed start times. Those studies will be foundational in determining how best to assure that middle and high school students get an adequate amount of rest.

The Complexities of Starting School Later

A change to the start times of middle and high schools as outlined in the new California law looks, on the surface, to be simple. That is not the case. Everything within a school system is related. Pushing back start times for some students inevitably involves a lot of changes for all students.

This complexity was acknowledged at the time Bill 328 was passed. Districts were given three years to implement the law for good reason. Though some districts had already adopted later start dates for older students, others had to start from scratch.

One of the most daunting challenges in changing start times is dealing with transportation. Staggered bus schedules that accommodate all students would perhaps shuffle the start times of younger students to an earlier slot.

Those students require more total hours of sleep and having to get up earlier means earlier bedtimes. A potential result is younger students experiencing inadequate sleep. This is no healthier for them than for their older counterparts.

Some districts may choose to make all bus routes and start times later. This adheres to the new law without starting younger students too early.

Other obstacles include later after school start times for athletic practices and games as well as other extracurricular activities. Teenagers may also have fewer opportunities for after-school jobs and less availability to care for younger siblings after school.

Whenever there is a proposal to change the start or end times of school days, there are scheduling conflicts. Before and after school child care must change, and families must adapt their routines to the new schedules.

There is fear that making this type of change will result in hardship for parents working long hours. There is also the possibility that some parents will choose private schools not subject to the new law. The unfortunate result could be burdens borne by those who can least afford them.

The new law in California does not ignore the realities that school reforms face. Rural districts are exempt from Bill 328. This exemption is in recognition of the already challenging bus scheduling for rural areas.

Schools may also continue to offer optional early, zero-hour classes and activities. This addresses some of the concerns surrounding extracurricular activities.

Not everyone is in favor of the change, including teachers’ unions, school boards, and superintendents.  Some point out that allowing time for more sleep is not a guarantee that students will actually get it. Other concerns include a lack of flexibility for local districts.

Physicians and parent organizations continue to be in favor of the measure as implementation nears.

The law was grounded in medical research about sleep deprivation in teenagers. Its implementation will allow detailed analysis as to whether later school starts are adequately addressing the issue.

Bill 328 provides guidance for schools facing sleep deprivation and its consequences in teenagers. It is legislation that has been proposed, reworked, and debated for years. Its implementation will be applauded in some sectors and met with resistance in others.

Everyone agrees that people need to get enough sleep to lead healthy lives. The research is clear that sleep deprivation negatively affects both children and adults. The California law formally recognizes and gives priority to adequate sleep for middle and high school students.

By offering exemptions to rural districts and allowing several years for implementation, the law recognizes that school reform is a complicated process. As school districts make the necessary changes to adhere to the law, there will be ample opportunity to evaluate the benefits and challenges of Start School Later movements.

Medical research has established that biology is a factor in teen sleep patterns. That acknowledgment shifts the focus of adolescent sleep deprivation from the behavior of teenagers to appropriate societal expectations.

It also gives parents, teachers, and systems data to support changes that would help decrease the negative effects of too little sleep.

Other states and school districts considering starting school later will now have a model for developing their own programs as they battle sleep deprivation in adolescents. Experts will have data, and time will show if later school starts are an effective tool in reducing the negative outcomes of inadequate sleep in adolescents.