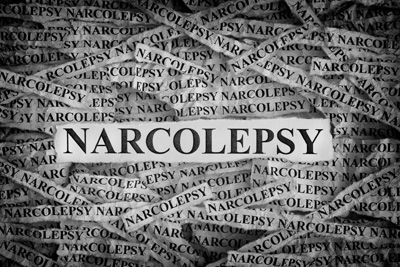 Narcolepsy is a neurological disorder that involves a decreased ability to regulate sleep-wake cycles, which can affect a person’s quality of life.

Sleepiness – is the main issue with Narcolepsy. Symptoms often include periods of excessive daytime sleepiness and brief involuntary sleep episodes. Most of these episodes are a lot more subtle than the public perception of people falling into instant sleep episodes while out in public spaces, due to an experience known as cataplexy.

About 70% of those affected also experience episodes of sudden loss of muscle strength, known as cataplexy. These experiences can be brought on by strong emotions. Less commonly, there may be vivid hallucinations or an inability to move (know as sleep paralysis) while falling asleep or waking up.

The symptoms of narcolepsy usually begin between the ages of 10 and 25 years, although the condition is often not recognized right away and often misdiagnosed.

In a majority of cases, it also causes unexpected and temporary loss of muscle control, known as cataplexy. This can be mistaken for seizure activity, especially in children.

There are two types of narcolepsy:

What are the symptoms of narcolepsy and how can it be detected?

The Swiss Narcolepsy Scale is an assessment tool used to screen for the presence of narcolepsy with cataplexy.

Below are common symptoms of.

Everyone with narcolepsy has excessive daytime sleepiness (EDS), in which you suddenly experience an overwhelming urge to sleep. EDS makes it difficult to function properly during the day.

Cataplexy is a sudden, temporary loss of muscle tone. It can range from drooping eyelids (referred to as partial cataplexy) to total body collapse.

Laughing and intense emotions, such as excitement and fear, can trigger cataplexy. How often it occurs varies from person to person. It can happen several times per day to once a year.

Sometimes cataplexy may occur later in the disease course, or it may not be known if you take medications that suppress it, such as certain antidepressants.

REM sleep is the sleep stage when you have vivid dreams with loss of muscle tone. It usually starts about 90 minutes after you fall asleep. REM sleep can happen at any time of day for people with narcolepsy, within about 15 minutes after falling asleep.

Sleep paralysis is an inability to move or speak while falling asleep, sleeping, or waking. Episodes last only a few seconds or minutes.

Sleep paralysis mimics the paralysis seen during REM sleep. It doesn’t affect eye movements or the ability to breathe, though.

People with narcolepsy may have vivid hallucinations at the same time as sleep paralysis. The hallucinations usually occur when falling asleep or waking up. 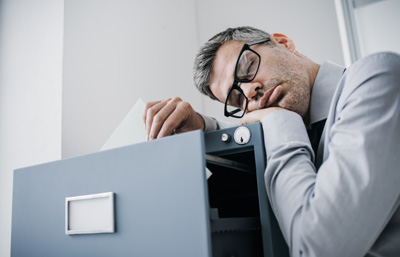 Although people with narcolepsy are excessively sleepy during the daytime, they may have difficulty falling asleep at night.

After falling asleep during an activity such as eating or driving, a person with narcolepsy may continue doing that activity for a few seconds or minutes without consciously realizing they’re doing it.

Narcolepsy can also be associated with other sleep conditions, such as:

Narcolepsy is a chronic condition. Although it doesn’t have a current cure, treatments can help you manage your symptoms.

Medications, lifestyle adjustments, and avoiding hazardous activities can all play a part in managing this condition.

There are several classes of medications doctors use to treat narcolepsy, such as:

How is narcolepsy diagnosed? 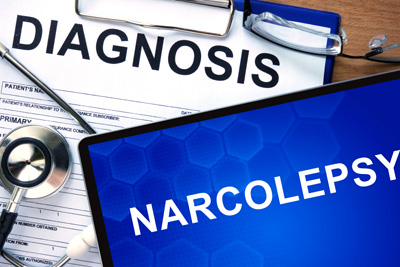 Sleep physicians would likely have the most experience with symptoms for excessive daytime sleepiness or narcolepsy.

Daytime sleepiness is common in many types of sleep disorders. Your doctor will ask you about your medical history and perform a physical exam and look for a history of excessive daytime drowsiness and episodes of sudden loss of muscle tone.

Your doctor will likely order a sleep study for you as well as several other tests to determine and confirm their diagnosis (E.G. MSLT).

Here are some common sleep evaluations:

The exact cause of narcolepsy is unknown. However, most people with type 1 (narcolepsy with cataplexy) have a decreased amount of a brain protein called hypocretin. One of the functions of hypocretin is regulating your sleep-wake cycles.

Scientists think many factors may cause low hypocretin levels. A gene mutation has been identified that causes low levels of hypocretin. It’s believed that this hereditary deficiency, along with an immune system that attacks healthy cells, contributes to narcolepsy.

Other factors, such as stress, exposure to toxins, and infection, also may play a role.

Some of the risk factors for narcolepsy may include the following:

Here are some steps you can take to make living with narcolepsy easier and safer:

Living with narcolepsy can be challenging, but you can successfully manage the condition.
Obtain the correct diagnosis and work with your physician to find the best treatment.

There are also a lot of online resources available that sufferers may find helpful:
Narcolepsy Network