David Gergen rolled out of bed on September 12, 1981, and had his career “aha” moment. Gergen knew he was going to be an orthodontic technician, and he knew he was going to help people all over the country. Since then, he has built one of America’s most successful dental labs in Phoenix, Arizona, revolutionized the sleep industry through oral appliances and special programs, and was once voted top dental laboratory technician in the country.

For more than 20 years in Phoenix, Gergen spent the fall coaching POP Warner football and/or high school football. Most of the important lessons of his life were learned either watching football legends, creating challenges for himself on the field, or teaching children the values of courage and teamwork on the field.

It comes as no surprise that Gergen, father of nine children, would focus a good deal of his professional life to helping children achieve their goals. Gergen is a certified dental technician, and some would say a master technician that children and adults have relied on for excellent results.

In his professional life, Gergen worked to straighten teeth for cosmetic reasons, and to help create functional oral structures for patients with severe trauma or developmental issues. Recently, attention has turned to the effects of poor jaw position on children. “A small airway often forces children to breathe through their mouth and posture their head forward resulting in rounded shoulders and back problems,” explains Gergen. “Continuing this position over many years will create permanent changes in posture. Poor breathing habits can result in heart and lung problems in later life.”

After 30 years of establishing better jaw and tooth function through orthodontics, Gergen decided that he was going to focus on the airway. His pediatric sleep appliance is a direct result of all of this experience and experimentation. Despite the growing evidence, Gergen laments that, “Some clinicians still believe that oral appliances are ineffective. As a dental sleep industry, I don’t think we’ve done a good enough job educating the public and physicians.” 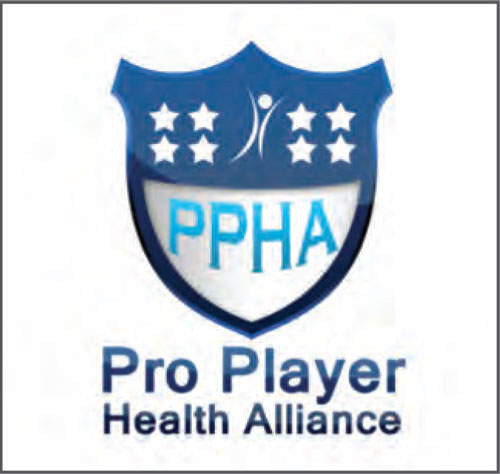 Gergen’s pediatric sleep appliance is worn on the child’s upper and lower teeth, and gives dentists an opportunity to guide the growth of patients’ teeth— more importantly, the jaw and the airway. Expansion of the upper jaw will create more room for the tongue to posture forward and open the airway.

“The simple shape and construction of the lower appliance will help stage the growth of the child’s teeth allowing the dentist to control the growth rates of the teeth for maximum cosmetic and palliative effect,” enthuses Gergen. “One of the best parts of the treatment is that all the time this growth is being controlled, the jaw is held slightly forward creating an open airway leading to better and deeper sleep patterns.”

What is the Expected Roll out for the Remainder of 2013?

Gergen has been working with Hall of Fame NFL great Mike Haynes, whose son is Pop Warner age and grinds his teeth in his sleep. This is what drove Gergen to come up with the first pediatric sleep appliance.

Mike Haynes is no stranger to health issues from his experience with prostate cancer and concussions. Both Gergen and Haynes know the value of an oral appliance worn during the day, or while playing a sport. Proper jaw position has been shown to improve agility, performance, and strength.

We got our CE mark and we are beginning our launch in Europe. We received our 510k approval in May. Our game plan now is that we are going to launch in Europe, and then toward the end of summer we’ll be launching in the U.S. By the end of this year, and going into 2014, we plan to be at full scale.

The concept of jaw position as a fundamental piece of sports performance is not new. Dr. Harold Gelb introduced this concept in his early work in the 1970s. The culmination of his work in improved performance was the 2000 Baltimore Ravens who triumphed over the New York Giants to win Super Bowl XXXV.

Every player on the team wore a custom oral appliance that positioned the jaw in Dr. Gelb’s Jaw position called the Gelb 4/7 position. Since that time, professional sportsmen all over the world have been adopting a daytime mouth guard to protect them from injury and improve their performance.

In a 2012 dental conference in Las Vegas, Dr. Gelb paid Gergen a high compliment, saying, “David Gergen is the finest technician ever to live. He is heads and tails above the competition.” Gergen was honoring Dr. Gelb for his 65th year in dentistry at the presentation, and Dr. Gelb also mentioned, “There are two legends in this room.”

“To say that David Gergen is a juggernaut of the jaw is to describe the part that is most obvious to all,” adds Rudi M. Ferrate, MD, DABSM and Sleep medicine specialist. “The part most people miss at first is the strength of his character, his passion for excellence, and his humble desire to help as many people as possible. He could easily sit back and enjoy the fruits of his business, but instead he spends his time and resources promoting education and awareness about sleep disorders. He is single handedly the most important force bringing sleep physicians and sleep dentists together and now is using his skills and reputation to bring everyone else on board—from legislators to sports legends.”

Improvement on Many Levels

Children undergoing standard orthodontic care have noticed their grades improve, sometimes dramatically. In the past, this would have been attributed to improved self-image or a growth spurt. Today, experts have measured the improved sleep patterns and the increase in airway size that comes from a better jaw position. These patients breathe better at night, and wake up more able to deal with the demands of the day.

When Gergen decided to change the world of sleep medicine, it seemed like something outside the realms of possibility. How could a certified dental lab tech from Arizona manifestly change the sleep industry? It began by assembling a winning team and deciding to help people treat their sleep disorders in partnership with their dentists.

In August 2011, Gergen’s first training program in sleep was presented to a group of 25 doctors in Sonoma, Calif. He continues to hold special seminars and educational meetings. In a market where there are companies running dental sleep medicine programs every week, each successive Gergen’s Orthodontic Lab program has gotten better in one really significant
way: the team.

Gergen’s Orthodontic Lab’s team is achieving a seasoned balance that makes these meetings better. Each educator has his specialty. Each topic is covered thoroughly without overreach that comes from trying to extrapolate data points to gloss over the unknown or unknowable. When Gergen was Arizona’s most successful POP Warner football coach, he learned that individual efforts often do not make the grade, and it is teams that win.

Gergen’s new meetings will be remembered as the first time that retired NFL players used their celebrity status to introduce the urgent need for sleep diagnosis and therapy to the general public.

He could easily sit back and enjoy the fruits of his business, but instead he spends his time and resources promoting education and awareness about sleep disorders.

“Pro Player Health Alliance was created to treat the sleep health needs of retired NFL players,” explains Gergen, “while at the same time raising awareness of sleep apnea as a silent killer.”

Dr. Archie Roberts, founder of the NFL HOPE program and retired NFL player, has been one of Gergen’s keynote speakers. Roberts established the much higher incidence of OSA and heart disease in the general population. He asked Gergen to be the sleep apnea director in the program they’re launching at the Mayo Clinic in Scottsdale, Arizona, on August 14, 2013.

Carl Eller, Larry Fitzgerald, Warren Moon, Roy Green, Dave Krieg, Isiah Robertson, Eric Dickerson, Mike Haynes, Tony Dorsett, Matt Blair, Chuck Foreman, and Derrek Kennard were all excellent football players, and some have been inducted into the Hall of Fame. They are all sleep apnea patients who are contributing to the field of sleep medicine and sharing their experiences with the general public.

The results are more diagnostic tests and, hopefully, reversing the trend of undiagnosed sleep apnea. Mike even asked Gergen recently to make an agility guard for his son to help him with his football performance. He also asked Gergen to have his son looked at for pediatric sleep.

With long-time friend, Dr. Elliott Alpher, Gergen met with the Secretary of the Department of Transportation, and his cabinet, on behalf of the Trucker’s Union, to begin using his oral appliance, made with a micro-recorder manufactured by Braebon. The micro-reader can monitor commercial
truck drivers’ compliance.

On the horizon is an upcoming Pro Player Health Alliance event in New York, a presentation with Dr. Brad Eli during sleep symposium at the Super Bowl (scheduled for February 2, 2014 in East Rutherford, NJ), and a seminar in Las Vegas with Dr. Brock Rendeau. “Rendeau is one of North America’s most sought after clinicians, and without a doubt one of the most creative speakers on the topic of functional orthodontic treatment,” says Gergen.

Gergen will remain at the center of these programs. He will be building teams, asking hard questions, and the sleep industry will be better for it.

David Gergen At a Glance

• Honored as “The Finest Orthodontic Technician in the Country” by Columbus Dental in 1986.

• Executive Director of the dental wing of the American Sleep and Breathing Academy, a national interdisciplinary academy dedicated to sleep training and education with over 60,000 members.

• Winner of the National Leadership award for Arizona Small Businessman of the Year in 2004. 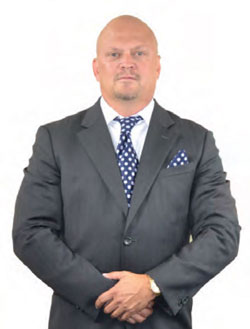