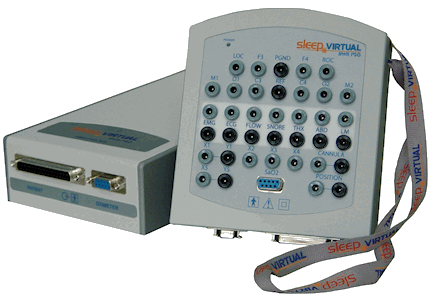 In the fiercely competitive world of sleep, Neurovirtual USA—also known as Sleepvirtual—relies on nimble responses and easy financing to build a growing customer base.

Swimming freely in a sea of sharks is no easy task, but Ed Faria, co-founder of Florida-based Neurovirtual USA, Inc. has gotten used to it after more than a decade. Despite an environment filled with well-financed competitors, his company’s Sleepvirtual BWII PSG technology continues to do well in its role as a PSG machine that allows users to record and score sleep studies.

The product is composed of a hardware piece and a software program that can be used with PC computers that run Windows XP, Vista, or W7. Both trace and scoring capabilities are relied upon by users such as Jonathan Davidson, MD, owner of Advanced Sleep Disorder Center, who says the unit’s portability (under 10 pounds) and accompanying service make a potent combination.

Faria knows that customers appreciate the BWII’s price and value, but it’s the technical support and financing, he says, that seals the deal. “We finance all of our customers internally, so they do not need to resort to third party financing to purchase our equipment,” says Faria. “We offer three paths to obtaining our equipment: renting; lease to own; and purchase. Each of those offers price conscious purchasers a way to equip their sleep labs without breaking the bank.”

As a sleep lab owner for the past decade, Davidson particularly appreciates that Neurovirtual offers free, lifetime technical support all day, every day, for as long as he owns the equipment. And when he needs someone to talk with, he can always find someone—not always an easy task with the so-called big guys. “We have had problems with the reps at major companies,” says Davidson, who runs three California sleep labs in Stockton, Sacramento, and Modesto. “At other manufacturers, reps get fired and they can’t replace them. Neurovirtual is smaller, and more interested in giving you personal service. Acquisition of data is easy, validation is easy, and the way the hardware is designed makes it simple to work with. The electrode box is light, and it’s a fraction of the size of its competitors.”

Davidson heard about Neurovirtual through a colleague. He eventually called the company and received a 1-month trial product. He ordered two for his Stockton lab, replaced four machines in Modesto, and by the time he outfitted his Sacramento facility, he had a dozen machines—all of which are subject to free upgrades.

Faria believes in the old axiom that if you don’t take care of your customers, someone else will. He likes the idea of being a relatively small and nimble company and, when it comes to financing, his philosophy is one that cash-strapped labs can embrace. “Let’s say you are going to buy three beds and it is going to be a $50,000 to $60,000 purchase, and you are probably going to a bank or to the manufacturers,” says Faria. “When you go to finance, it takes about a month just to get approved. They are going to ask for your statements and want to see your tax return, and it takes forever. We do internal financing, and so far we haven’t turned any customers down. We have processes in place, and that’s our trade secret.

Faria contends that a lot of large companies can’t offer comparable service because of the inherent pressures of running a publicly traded company (Neurovirtual is private). “The pressures of Wall Street force these companies to show profits and the objectives are very short term,” says Faria. “When you look to us, you look to a company that has a mission to universalize sleep medicine. Yes, we have a mission in mind that we want to be big, we want to be everywhere in the world, and we want to make a difference in this world.” 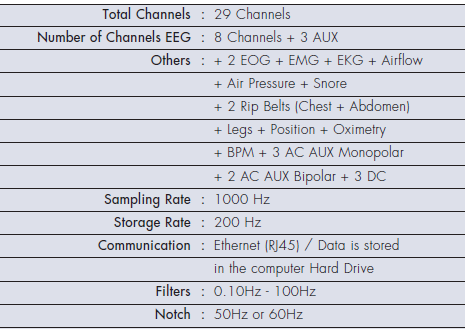 With the growth he expects, Faria admits that the inevitable challenge will be to maintain the services of a small company. By maintaining the private status of the company, he believes it can be done. “We don’t have the same pressure to impress shareholders, so our objective is to really satisfy each of our customers and expand and gain market share,” says Faria. “We are not in this fight just for the profit. We are here to make a difference. We are a for-profit business, but we are not under severe pressure from Wall Street for profits and results.”

For sleep technicians, Faria says the bottom line is the proverbial bottom line. And contributing to the bottom line is easier when systems simplify daily tasks and make technicians more effective. “You become a more productive worker and can take on more tasks in the same amount of time than you could before,” explains Faria. “Ultimately, you can see a boost in your wages and an increase in your sleep lab bottom line.”

Score on the run which allows users to split the screen during the acquisition and start scoring the same study you are recording. A sleep statistic window automatically gives updates on the AHI and other parameters in real-time.

All necessary menus recording a PSG on the same screen.

Montages, filters, sensitivity, and speed of the page adjustments with a mouse click or keyboard shortcuts.

One exam for one file for ease of transferring, copying, and e-mailing (HIPPA Compliant).

Exclusive technology allows users to have the system working anywhere when the team moves around to different locations. The system can be used for acquisition in one location, be scored somewhere else, and interpreted by the physician in a third place—and archived in a completely different location.

Free unlimited scoring and review software that can be installed on as many different computers as needed. For more information, visit http://www.sleepvirtual.com