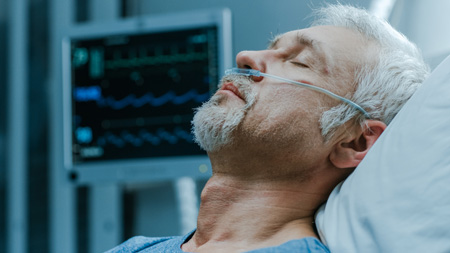 Exactly what happens during periods of deep sleep, anesthesia, or deep sleep? The so-called “reboot” question continues to be of interest to science, with researchers at the University of Pennsylvania and elsewhere recently taking up the matter.

“It turns out that the brain switches back on one section at a time, rather than all at once – and abstract problem-solving capabilities, as handled by the prefrontal cortex, are the functions that come back online the quickest,” writes David Nield. “Other brain areas, including those managing reaction time and attention, take longer.”

“Although initially surprising, it makes sense in evolutionary terms that higher cognition needs to recover early,” says Max Kelz, anesthesiologist from the University of Pennsylvania in the article. “If, for example, someone was waking up to a threat, structures like the prefrontal cortex would be important for categorizing the situation and generating an action plan.”

Michael Avidan, anesthesiologist from Washington University, also comments: “This suggests that the healthy human brain is resilient, even with a prolonged exposure to deep anesthesia. Clinically, this implies that some of the disorders of cognition that we often see for days or even weeks during recovery from anesthesia and surgery – such as delirium – might be attributable to factors other than lingering effects of anesthetic drugs on the brain.”