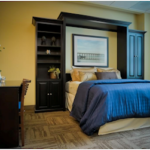 Officials at the Orange County, Calif-based Judy & Richard Voltmer Sleep Center make sleep health a priority throughout the many specialties at Hoag Memorial Hospital. Even in the population-dense region of Southern California, sleep labs used to be rare. When compared to 2011, sleep apnea awareness in the 1980s significantly trailed other conditions. Officials at Hoag … END_OF_DOCUMENT_TOKEN_TO_BE_REPLACED 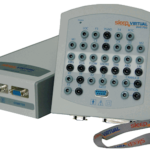 Small Company, Big Impact In the fiercely competitive world of sleep, Neurovirtual USA—also known as Sleepvirtual—relies on nimble responses and easy financing to build a growing customer base. Swimming freely in a sea of sharks is no easy task, but Ed Faria, co-founder of Florida-based Neurovirtual USA, Inc. has gotten used to it after more than a decade. Despite an … END_OF_DOCUMENT_TOKEN_TO_BE_REPLACED 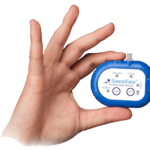 The ultra light SleepView type 3 home sleep monitor from CleveMed is designed to be simple for patients, and cost effective for sleep labs. Just shy of a year on the market, the SleepView from CleveMed has managed to carve a growing niche in the highly competitive world of home sleep monitoring. Sarah Weimer, director of Sleep Products at the Cleveland-based manufacturer, … END_OF_DOCUMENT_TOKEN_TO_BE_REPLACED 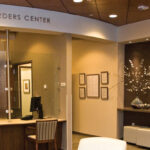 Giving Automatic Scoring a Second Thought Changes in technology have been exponential over the last two decades. The sleep medicine industry has advanced significantly by software innovation. In our enthusiasm to wholeheartedly welcome these enhancements to our processes, we sometimes forget that technology in the form of automation is meant to assist, not replace, our … END_OF_DOCUMENT_TOKEN_TO_BE_REPLACED