Can all the money in the world buy sanity? Amazon founder Jeff Bezos is proof that the answer is no, particularly if the richest man in the world can’t get his eight hours of sleep. An article on CNBC.com reports that, “While the Amazon founder says sometimes getting eight hours is impossible, he’s very focused on it.” Why does Bezos care? The answer he gives is highly practical, stating: “I think better. I have more energy. My mood is better.” 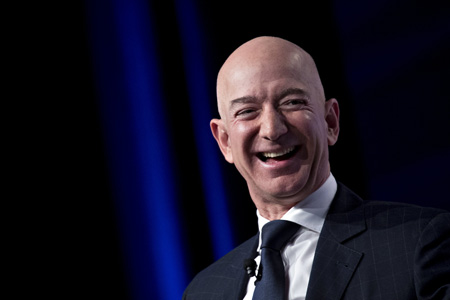 Bezos adds: “So let’s go crazy and say I slept four hours a day. I’d get four so-called productive hours back. So before I had, say, 12 hours of productive time during any waking day, now all of a sudden I have 12 plus four — I have 16 productive hours.”

The comments came during a discussion at the Economic Club of Washington back in 2018, but are now just surfacing in 2021 as more and more people learn about the importance of proper slumber. “Bezos is very calculative about why he believes eight hours of sleep is the key to boosting productivity and making high-quality decisions,” writes CNBC’s Tom Popomaronis.