There are millions of people in North America alone who have an undiagnosed sleep disorder, but how do we identify them? A new entry from the world’s largest sleep diagnostics company aims to fill the preliminary investigation niche that can help identify new patients who may need a full PSG test.

The latest offering from Embla, makers of the familiar REMBrandt™, RemLogic™, and Sandman® PSG systems, is designed to identify the undiagnosed masses who have so far eluded treatment. Dubbed SleepImage™ for its ability to capture a total picture of sleep, CEO David Baker hopes to use the product to fill screening gaps that still persist in modern sleep medicine.

Embla officials contend that sleep is a unique field in the medical industry, because the most extensive test (the PSG) is run first, often without the benefit of screening or preliminary investigation. Every other medical procedure includes some form of triaging the patient starting from a simpler, inexpensive test followed by more extensive and often more expensive tests if necessary.

The protocol for having an in-lab sleep test is so intimidating that an estimated 25% to 30% of individuals who are referred to sleep labs hesitate to get the help they need. The presence of what Baker calls a first-line diagnostic tool can change that, and he believes the FDA-approved SleepImage system fits the bill. “If even half of the 25% to 30% population not wanting a PSG change their minds once they see the actual results of their test, the health and well being of patients would benefit significantly,” contends Baker. 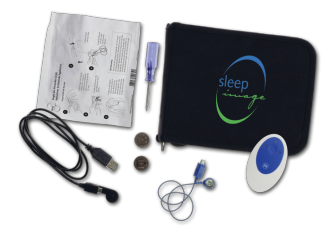 Embla officials believe sleep disorders are significantly under-diagnosed because there are no simple home sleep tests to objectively measure sleep quality that would be equivalent to a thermometer or blood pressure cuff. The thought of spending a night in a sleep clinic is threatening to many patients, and without tangible evidence of the disorder, many patients tend to ignore it.

“Home sleep testing is divided between subjective questionnaires and simple screeners which can indicate whether, for example, an apneic event may have occurred, but that won’t tell you if or how it impacted your sleep,” says Baker. “The real question is: Are you are having good quality sleep or not? We believe we have the only product in the market that offers the answer to this obvious, but overlooked question.”

A big concern about having non-objective testing is that you will often get the wrong answer. “If you ask a commercial driver how he sleeps, he will probably say he sleeps well, because he knows that if he is identified as having sleep apnea, his license could be in jeopardy,” says Baker. “People will answer questionnaires the way they want, and not necessarily the way they should. With SleepImage, you can actually test people and validate how they are actually sleeping.” 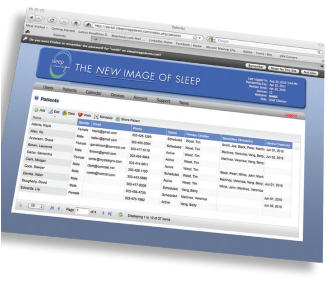 Developed by physicians at the Beth Israel Deaconess Medical Center, an affiliate of Harvard Medical School, Cardio Pulmonary Coupling (CPC) technology, in conjunction with the SleepImage M1™ recorder, is able to measure actual sleep quality. According to Baker, CPC is the world’s first clinically validated technology to simply phenotype obstructive sleep apnea, and the more difficult to identify complex sleep apnea, which he says can now be spotted through a home sleep test thanks to SleepImage.

The SleepImage system consists of a small credit card sized sleep screener called the M1™, and a secure web-based software program that allows patient data to be uploaded securely from any Windows®-based PC for review by a clinician. The simple and inexpensive test allows physicians and clinicians of any discipline to evaluate sleep quality. This has never been done before and Embla officials believe it will be a paradigm shift in how sleep will be viewed in the future. It will show the impact of the changes in therapy, medication, sleep hygiene or weight gain/loss over time. There is also value in using the SleepImage system as a screener before surgery to identify patients with high risk of sleep disorders.

Baker points out that certain PSG or therapy device compliance data can indicate “everything looks fine” when that is far from the truth. SleepImage, he says, uncovers a reality that can shock potential patients into action. “CMS requires that the patient’s sleep disorder is ‘improved’ as a result of the therapy, not simply that they wore the device. A simple measurement of compliance does not address whether patients are sleeping well or that they actually have better quality sleep,” explains Baker. “That’s the paradigm shift between the old way of doing it, which is measuring the events, as opposed to asking whether patients are sleeping well, and answering the question in an objective way.”

The SleepImage system will make its debut at SLEEP 2011 in Minneapolis this year, and is currently being introduced to large sleep operations. A trial of the SleepImage system was done at the National Jewish Hospital in Denver to validate the model of using SleepImage within a sleep facility. Findings should be published soon.

Baker believes that much of the business potential for sleep labs to increase their occupancy starts with that 25% to 30% of patients who were identified, but refused for one reason or another, to take the full PSG test. Faced with the SleepImage data, which objectively measures patient sleep quality, the hope is to convince them to seek treatment in the sleep lab.

David Baker, president and CEO of Embla Systems, is based in Denver. He can be reached at david.baker@embla.com. For more information on Embla, visit http://www.embla.com